The House of Lobkowicz is one of the oldest living Czech aristocratic families. As the only Czech family, the Lobkowicz kept their house motto in Czech: ‘Popel jsem a popel budu’ (I am ashes and I will be ashes). This biblical statement is not only an interesting anagram, but it also points to the line that was founded by Jan Popel (popel is Czech for ash). The name Lobkowicz is based in medieval Czech and refers to a small village called Lobkovice located a few kilometres from Mělník.

The Lobkowicz family boast many important politicians, diplomats, soldiers, scientists, scholars, poets, as well as travellers during its long history. Many of them supported the arts, culture, economic and construction development. 17 of them received the highest order, the Order of the Golden Fleece. This family was never divided, never cooperated with the Nazis, and they defended the rights of the Lands of the Bohemian Crow within the monarchy.

Detailed History of the House

The oldest documented ancestor of the family was knight Mareš of Újezd and lived during the reign of Charles IV. He had 3 sons, and the youngest, Nicholas the Poor, became a scribe in Kutná Hora in 1401. He received, besides other things, the estate of Lobkovice nad Labem (about 1410) from King Wenceslaus IV for his services, and based his name on it, creating the family name.

However, the Hasištejnská branch accepted the reformation and its descendants left Bohemia in the 16th century. The Popel family remained Catholic, for example: Jiří Popel Lobkowicz (1540-1607), supremus magister curiae (Master of the Court) of Rudolf II; Jiří Popel Lobkowicz Jr. (1556-1590), the President of the Court of Appeal; Zdeněk Vojtěch (1568-1628), the first Prince of Lobkowicz (1624), the court council and the highest chancellor of the Kingdom of Bohemia.

His son, the second Prince, Václav Eusebius (1609-1677), supremus magister curiae, minister and president of the secret and war council, was one of the greatest personalities of our history. 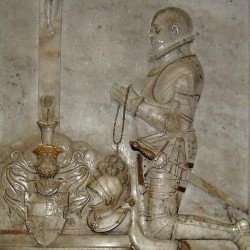 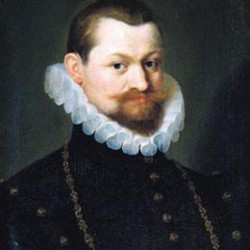 The son of Václav Eusebius, Ferdinand Augustus, Prince of Lobkowicz, was in the Emperor’s Ambassador to the permanent Imperial Diet in Režno (1692-1698) and the supremus magister curiae of the Queen and Empress Vilemina Amalia (1699-1708).

He had 13 children and was succeeded by the eldest son, Filip Hyacint, the 4th Prince and owner of Roudnice fideicommissum. His youngest son, Jan Jiří Kristián (1686-1753), was an Imperial officer and commander, governor in Sicily, Lombardy and Transylvania, and founded the second Lobkowicz (monetary) fideicommissum and thus a secundogeniture – the younger line of the family of Princes of Lobkowicz. 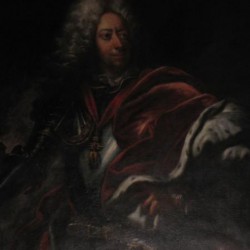 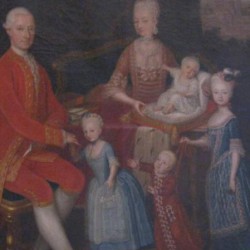 His son, August Anton Josef (1729-1803), Ambassador to Spain, the Supreme Marshal and holder of the Order of the Golden Fleece, married Maria Ludmila Černínová of Chudenice, the heiress to the Mělník estate, which was transferred to the Lobkowicz estate.

They had 20 children, and son Anton Isidor (1773-1819), who was mainly devoted to property management and artistic interests (he was one of the founding members and later the executive of the Society of Patriotic Friends of Art, today the National Gallery in Prague), married Countess Sidonia Kinsky. Their son, August Longin (1797-1848), was the Executive Director of the National Museum and became the Imperial Chancellor and President of the Court Chamber in mining and mintage.

He had a son, Jiří Kristián (1835-1908), with his wife, Anna Bertha, Princess of Schwarzenberg, and he held the post of Supreme Field Marshal of the Kingdom of Bohemia and a deputy of the Czech Assembly, a defender of Czech state law. 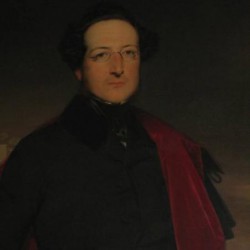 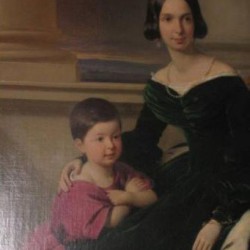 Berta Schwarzenberg with the son of Jiří Kristián 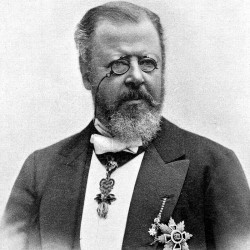 His successor was son Bedřich Lobkowicz (1881-1923), and afterwards his grandson, Jiří Kristián (1907-1932), a passionate athlete and a well-known motor racer who tragically died at Berlin AVUS motor racing circuit. 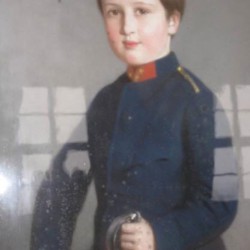 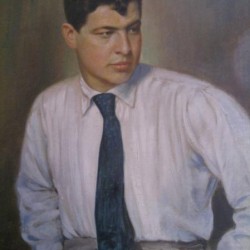 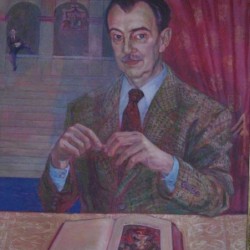 Modern History of the House

All property was under the Nazi administration during World War II from 1940 to 1945. The whole family moved to Prague and they were forced to emigrate and all their property was nationalized by the state after the Communist Coup in 1948.

Prince Otakar worked as a banker in exile in Switzerland and wanted to go back to his homeland all his life. His property was returned to him in 1991 and he donated it to his son Jiří in 1993 who decided to give his Drahenice estate to his cousin, Jan Lobkowicz (1954).

Jiří Jan, Prince of Lobkowicz, the son of Otakar and Hungarian Countess Susanna Szechenyi, the current owner of the Mělník estate, was born in exile in Switzerland in 1956.

He graduated from the University of Economics in Saint Gallen and later became a very successful banker. He decided to end his career abroad and return to his country together with his father in 1990. He worked as an advisor to the Minister of Economy and the then Federal Government of Czechoslovakia until 1992 and as an advisor to the Minister of Privatization of the Czech Republic until 1995. He also worked in the field of investment banking and energy.

The Prince of Lobkowicz has been constantly devoting himself to the restoration and reconstruction of the Mělník and Hořín estates which were built to their present form from his private sources. He also restored a chateau winery which dates back to 1753.

At present, he lives with his wife, Princess Zdenka Belas Lobkowicz (1978), an opera singer, and their sons, Prince Robert Christian Lobkowicz (2011) and Jacob Alexander Lobkowicz (2014) in the left wing of the Mělník Chateau. 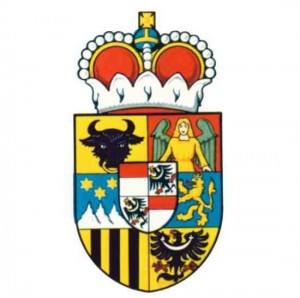 Coat of arms of the Lobkowicz family

The Lobkowicz family had a silver sign with a red head, but it was quartered with a black eagle of the House of Zierotin, placed perpendicularly. The crest was a red ink bottle with a silver quill. The line of Popel of Lobkowicz was given the title of Imperial Princes in 1624, the title of the Duke of Żagań in 1647 and their coat of arms was extended in 1651. The Pernštejn’s wisent head was in the first field, but the Żagań angel was in the second, golden field, Sternstein estate in the third and the fourth (lion) was the improvement, the fifth (3 stakes) was the title of Imperial Prince, and the Hlohov eagle was in the last field. The original coat of arms was in the middle.